HomeDiasporaZimbabwe readies for return of millions of migrants from SA
DiasporaFeatured

Zimbabwe readies for return of millions of migrants from SA 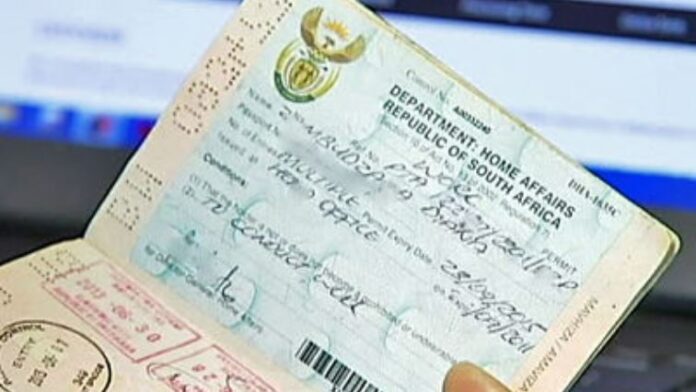 THE Zimbabwe Embassy in South Africa is conducting an audit to ascertain the number of Zimbabwe Exemption Permit (ZEP) holders living in the country who are planning to return home ahead of the expiration of their papers to help smoothen their repatriation.

To date, only 6 000 out of 178 000 ZEP permit holders who live, work and study in South Africa have successfully applied for alternative visas to legally stay in the neighbouring country.

Last January, the South African government announced the termination of the ZEP arrangement by December, directing permit holders to apply for visas to remain in the country on the basis of a list of critical skills.

The termination deadline was later extended to June this year.

Zimbabwean Ambassador to South Africa, Mr David Hamadziripi, told State media that the audit will help the authorities plan for the returning citizens.

“We will be running a mapping exercise in all provinces,” he said.

“We will be deploying our teams to central points across the country to engage with ZEP holders.

“This will allow us to have an idea of how many are set to return and the kind of assistance they would need.”

Once the authorities understand the returnees’ specific needs, he said, the embassy will engage their South African counterparts to facilitate their movement back into the country.

Pretoria has since assured Harare that it will play a part in facilitating the process.

“We have not formally engaged

our South African counterparts on the issue, but what we have done, in general terms, is to raise the issues whenever there is engagement between the two countries.

“During the last engagement between our Minister of Foreign Affairs, Ambassador Frederick Shava, and his counterpart Naledi Pandor, Minister Shava said Zimbabwe was ready to welcome all ZEP returnees. Minister Pandor gave her assurances that South Africa was ready to cooperate,” said Ambassador Hamadziripi.

The embassy, he added, will engage the South African authorities to provide security in the case of mass movement of people to avoid xenophobic violence.

“We don’t know the numbers yet, but we anticipate that come the end of June, if we have large numbers moving at the same time, we will have our border systems ready.

“This is something we can anticipate in the absence of definite numbers.

Ambassador Hamadziripi said some Zimbabweans who are preparing to return have requested assistance from the embassy.

“There are individuals who have already made the decision. Some have started sending back their belongings. We have also had some inquiries and specific indications.

“It is through these requests that we have understood that the ZEP holders are not homogeneous and have different needs,” he said.

“Those with businesses are asking how they can move their equipment back to Zimbabwe.

“There are some individuals like truck drivers and domestic workers who are saying to relocate they would need Government assistance.”

Some parents are also reportedly requesting information on how their school-going children will be assimilated in Zimbabwean learning institutions.

“We have been assuring our nationals that all their concerns will be taken care of and I am confident that will be the case. Government has established two committees, one at Cabinet level and another with senior officials from different ministries, which are looking into the issue of ZEP holders.

“These committees will look at these issues in detail and come up with solutions to all the issues that will be raised during our mapping exercise.”

The embassy is unaware of the exact number of ZEP holders who are still in South Africa.

Meanwhile, our Bulawayo Bureau reports that the Ministry of Home Affairs and Cultural Heritage has put in place a plan to facilitate the smooth return of Zimbabweans.

“They must not be scared as they are returning home. We are ready to welcome them. We have already started making preparations to ensure their smooth return,” said Home Affairs Deputy Minister Ruth Maboyi.

She said the Department of Immigration will allow expeditious passage of returnees through the ports of entry.

“The … Department is in the know and ready to assist. They are also aware that the nationals are returning with property and vehicles, and know what to do in that regard. We promise smooth passage,” she said.

“We will ensure they get into our schools as long as they can produce proof of schooling in South Africa. We will then blend them with other learners in our schools. We are yet to meet with the relevant ministry and discuss the finer details regarding schooling, but we see no challenges.”