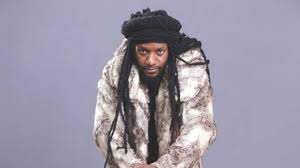 Zimdancehall chanter Winky D has expressed his gratitude to all artistes who featured on his latest album Eureka.

Posting on Facebook, Winky D also thanked his fans who embraced the album. He wrote:

“The Eureka music ship has now reached its destination. We will never take for granted the diligent musical efforts by all the artists who featured on the album.

We indeed learned a lot from each other’s vibes. Heartfelt appreciation is due to the instrumentalists, producers and engineers of the album who continued to offer a dependable work culture. Their attention and dedication were such a blessing.

I hope that Eureka Eureka touched your hearts and souls to the purest spiritual, emotional and physical heights and depths.

Thank you for sharing the kindness of your hearts by streaming the music, and, for your acceptance to connect with me on the album content.

I owe you my deepest gratitude for dedicating your time and resources to listening to the music on the album.

Till the next album, we say Eureka Eureka.”